The forty candidates competing in this year’s Mutya Pilipinas will have the chance to become the first World Top Model Philippines winner. Aside from the four major titles handed out yearly in Mutya Pilipinas, namely, Mutya Asia-Pacific International, Mutya Tourism International, Mutya Tourism Queen of the Year International and Mutya Overseas Communities, a fifth crown and title of World Top Model Philippines 2019 will be given in the finals.

“This year, we decided to drop the ‘ng’ in Mutya ng Pilipinas for marketing purposes, to make our pageant more current, more now and more relevant. Not that it was irrelevant the previous years, but because we are embracing a whole new dimension in the definition of Mutya Pilipinas as a beauty pageant,” said Cory Quirino, president of the Mutya ng Pilipinas organization.

“We are opening an opportunity for aspiring Filipinas who want to be successful international models. For this reason, Mutya Pilipinas will be forging an alliance with the Professional Modeling Association of the Philippines,” added Quirino, who took over the presidency of Mutya in March after quitting as national director of Miss World Philippines.

“These are exciting times for Mutya Pilipinas, so you can expect more positive changes in the future as it evolves,” said Fred Yuson, chairman of Mutya Pilipinas.

Fiore Tondi, founder and president of World Top Model, who welcomed the Philippines as participant country, will sit as one of the judges in the 51st Mutya Pilipinas Grand Coronation, scheduled on August 18, 2019 at the Mall of Asia and to be telecast live over ABS CBN. (Report By Eton Concepcion / Photos by Lito Caleon) 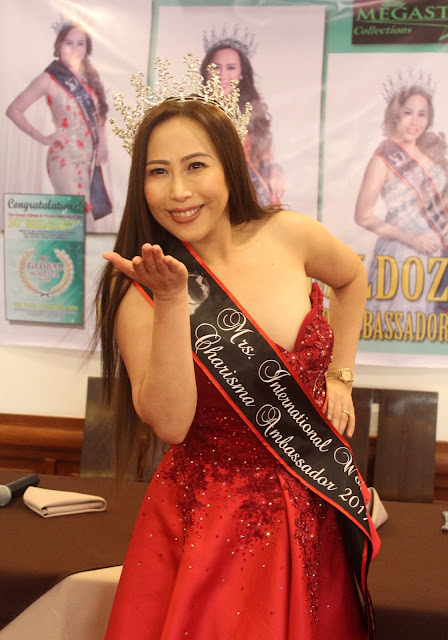 Dr. Riza Caldoza as the ambassador of Mrs. International World Ambassador 2017 during the recent launching held at Alex III in Quezon City, with Mr. Ovette Ricalde. Popular local dermatologist Risa Caldoza was named Mrs. International World Ambassador 2017 during the recent launching of Mrs. International World 2017 pageant to be held at Renaissance Hotel in Kuala Lumpur, Malaysia this year.  Caldoza, a 46-year-old, mother and wife, expressed excitement getting directly involved for the first time in a prestigious international competition. "It is both an honor and privilege to be part of this worthy pageant for married women which aims to help the under privileged group within the communities of the participating countries,” said the skin specialist who was one of Rupert Jacinto’s “Fabulous Fifteen Women of 2016.” Ovette Ricalde, who is the International Project Director of the pageant, believed that Caldoza is the perfect choice for the position. "She is beaut 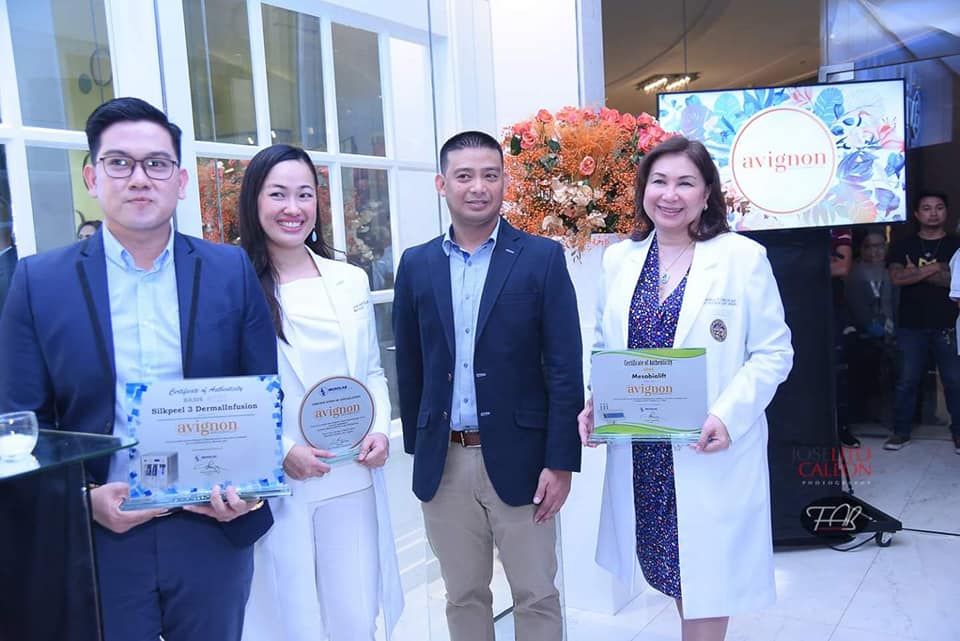 Beauty queens and king went last Saturday to the the newly opened Avignon Laser Dermatology right in the heart of Bonifacio Global City is a modern day aesthetic clinic, a cozy and friendly place that offers only the best treatments by experienced professionals. Customers can have full privacy and security while confiding their aesthetic problems and concerns, a personalized approach between patient and doctor to achieve quick and amazing results. Spotted beauty queens were Princess Ramos, Camille “Cj” Hirro and Sharmaine Magdasoc with beauty king Gil Wagas. Avignon’s top signature services include the BTL Exilis Elite, an award-winning technology that delivers radio-frequency energy to precisely target, tighten and tone your superficial or deep troubled area, from head to toe. BTL Exilis Elite is ideal for anyone looking for preventive maintenance or more dramatic cosmetic improvement. Each session of treatment of a specific body part takes only 15 to 30 minutes, in a relaxi 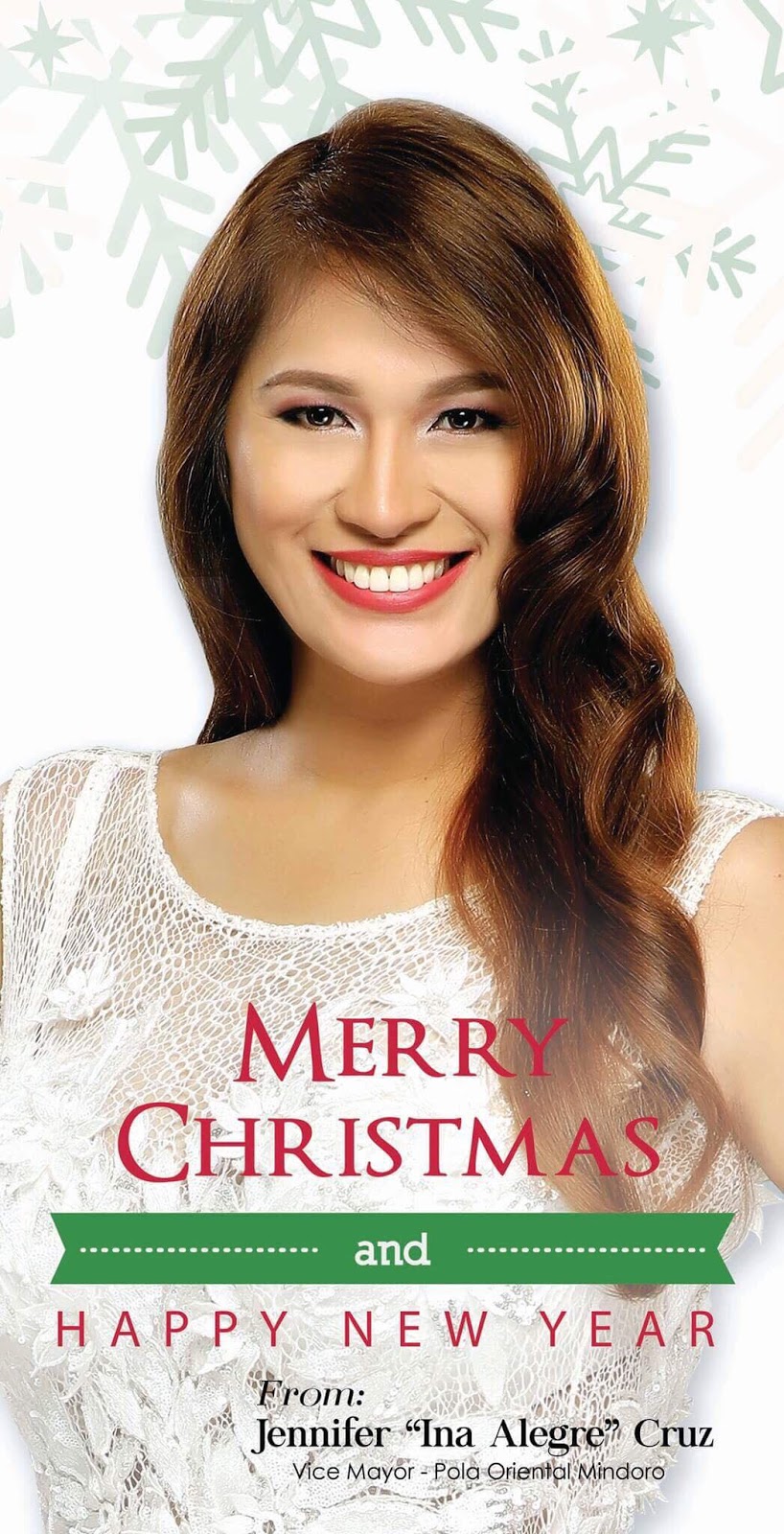 Former actress, print ad model and producer Ina Alegre, Jennifer Cruz in real life, has been showing her mettle as an outstanding public servant in her capacity as Vice-Mayor elect of the Municipality of Pola, Oriental Mindoro.  Now a mother of four and wife to Eastern Visayas Police Regional Office director Police Chief Supt. Gilbert Cruz, the 42-year-old, Ina maybe well be following in the footsteps of Rep. Vilma Santos.           Vice Mayor Ina’s life is fine example of a success story growing up with so little in life from a poor family to overcoming poverty and turning into a celebrity and now an active politician.  Ina, still looking lovely, also had the opportunity to represent the country at the Mrs. Universe 2015 pageant for married women held in Minsk, Belarus where she won as Mrs. Superstar and was named one of the finalists.  Her daughter, Patricia Angela, who has the makings of a future star and beauty queen, won at the 2015 Princess Universe pageant, also held in